Welcome Docks Beers fans to Lincolnshire’s finest craft beer blog. If you’re here you’re more than likely one of 29 million Brits who don’t need convincing that beer is the nectar of the Gods. But since craft beer exploded on to the British beer scene there’s more styles and variations than ever before. Are you confused by the profusion of beer styles? Are you muddled by the plethora of acronyms? Do you ever wonder how a certain craft beer originated? Then look no further. Here is a beginner’s guide to ten popular craft beer styles. Read on. You might just find a new favourite tipple.

IPA, short for India Pale Ale, was a British beer invention of the 1780s, forgotten and then revived by US craft brewers in the 1970s. The latter-day incarnation of this style is now a staple of bars, pubs and craft beer shops the world over. So what is IPA and what does India have to do with it? It was developed to solve the problem of shipping beer to the British Empire in the east. India’s climate was too warm for brewing and the ex-pats needed a beer that could last the long boat journey from Britain. A London brewer called Hodgson developed a strong, heavily hopped beer called October ale that was aged like wine before drinking. The beer survived the voyage and was found to have improved. This was the prototype IPA; the beer gradually became paler and more refreshing to suit the Indian climate. Fast forward two centuries and this hoppy beer style is now packed full of flavour and available in thousands of different varieties. This evolution is mainly down to American craft brewers who set about recreating IPAs with even more hops and alcohol. Most of today’s India Pale Ales take their inspiration from those more contemporary American IPAs and derive their flavour from distinct American hops such as Cascade, Chinook, Simcoe.

Remember not all IPAs are bitter, and not all IPAs have a ton of booze in them. You can’t throw a blanket statement over an extremely broad style of beer. For an in-depth look at IPAs, this article is on the money. 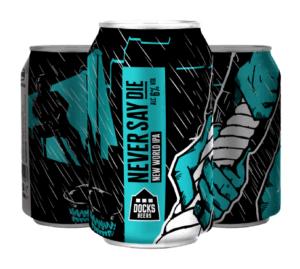 The Double IPA or Imperial IPA style of beer is roughly a decade old but as the lines that define craft beer styles have blurred, so too have the rules for what makes a DIPA; however, there are some general guidelines that characterize this style.

A Double IPA will usually include a higher malt profile and an Alcohol by Volume of between 7-9%, DIPA tastes can vary greatly depending on the variety of hops used, but if you want a pint with a kick a Double IPA is certainly the way to go.

A good example of a Double IPA is North Brewing Company’s Dazed and Awake DIPA or the slightly stronger Human Cannonball by Magic Rock; like Docks Beers both of these tasty craft-beverages are manufactured in Britain. 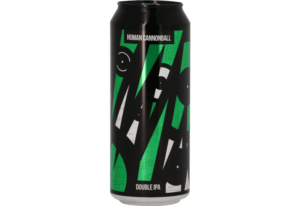 Craft breweries aren’t shy of experimentation and Brut beers and IPA’s are a shining example of this experimentation. If you aren’t familiar with a Brut brew, they are known for their high carbonation and extreme dryness. They take their name from Brut champagne which is known for its dry palate.

Traditionally, most beer styles contain at least some residual sugar after the brewing process but in the case of Brut beers, this sugar is converted to alcohol during fermentation by a special enzyme called “amyloglucosidase”, resulting in a dry tasting beer.

If you are interested in trying a Brut IPA to ring in this festive season, there are some great offerings available such as our devilishly good, Brut Force IPA, weighing in at a modest 5.5% ABV. 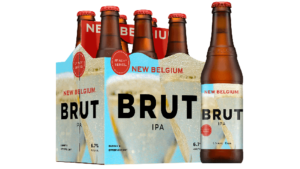 Due to their dark colour, Stouts are often assumed to be both strong and heavy beers, the truth of the matter though is they are quite the opposite, the best stouts offer complex flavours at a relatively low ABV. Stouts are available in a wide range of variations including Dry, Oatmeal, Milk and Imperial stouts to name just a few.

If you are interested in trying Stout for the first time or just want to tick a new beer off your list, you’ll be hard pushed to find a Stout quite as tasty as our delicious Graveyard Shift Milk Stout with Coconut, it’s dark as night and packed full of flavour, with a silky smooth finish.

The name Imperial Stout does not refer to the strength of this popular craft brew, historically our beloved English Stouts were much loved by the Russian Imperial Court which is where the name derived. The problem with this was the quality of the beer usually deteriorated by the time it reached Russia, to counter this, hop levels were increased and the product was brewed to high gravity, creating a strong beer with a rich and intense flavour.

There are some fantastic Imperial Stouts on the market, each with its own full-bodied taste which is often enhanced with chocolate, coffee or dried fruits. We recommend Brew York’s Imperial Tonkoko 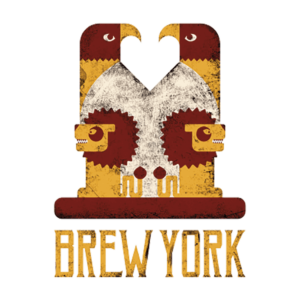 Gose beers, pronounced “Goes Uh” is a crisp and refreshing, top-fermented wheat beer originating in Goslar, Germany. It utilises a blend of Coriander, Salt and spices to create a unique taste with a lemon-like sourness. This tasty beverage has been enjoyed since at least the 15th century and today it’s popularity is still on the up.

If you are keen to try the unique flavours provided by this traditional German brew, Beer Hawk is currently offering a Wild & Sour taster pack complete with glass for only £20 at the time of writing. 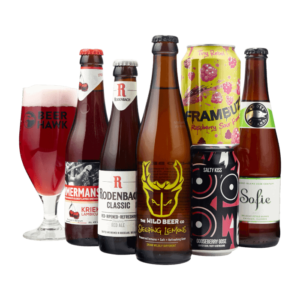 Sour beers are becoming increasingly popular among craft breweries, offering a taste that is intentionally tart and acidic by including wild yeast strains in the brewing process. This beer style originated in Belgium but has since spread throughout the US and Europe, becoming a favourite in the UK.

If you fancy the tang of a Sour Beer on your tastebuds The Telegraph has compiled a tried and tested list of the 10 most popular Sour Beers in the UK. 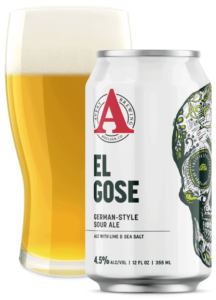 Milkshake IPA’s are far from traditional, originating as a sub-style of New England IPA’s, they often contain fruity flavours and unfermentable sugars to create a sweet taste and a full-bodied texture, however, what sets Milkshake IPA’s apart from the crowd is the inclusion of lactose in the brewing process. 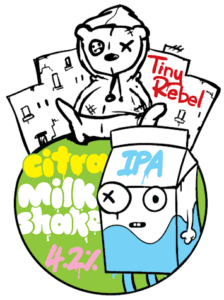 Session Pale Ales require little explanation, but for those unfamiliar with the style they offer hop-dominant flavour profiles, with a modest level of alcohol, usually between 3.2 – 4.6% making it ideal for a lengthy Christmas drinking “session”.

When it comes to Session Pale Ales we would be amiss not to recommend Hard Graft, Docks Beers vegan-friendly pale ale with a punchy bold flavour profile. 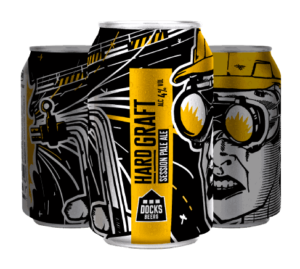 Kolsch beer originated in Cologne (Koln), Germany, but has found its way on to the craft beer scene like many other German beers. Technically, for beer to be called a Kolsch, it has to come from the city of Cologne, but that hasn’t stopped craft brewers from embracing the Kolsch style.
Light in colour and malt character, this style’s fermentation process yields a light, wine-like character which is accompanied by a slightly dry, crisp finish. Ale yeast is used for fermentation, though lager yeast is sometimes used in the bottle or final cold conditioning process. 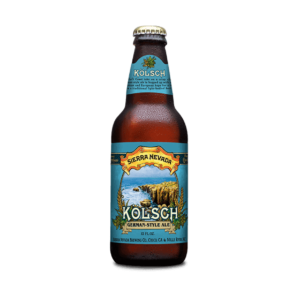 That’s it for this article, we really hope it helped to broaden your craft beer horizons.

For more great beer tips and information, don’t forget to bookmark our blog and check back for regular updates.

Want the latest news as it happens? Follow us on Social Media using the handle @docksbeers for updates from Docks Beers and our new entertainment venue Docks Academy.