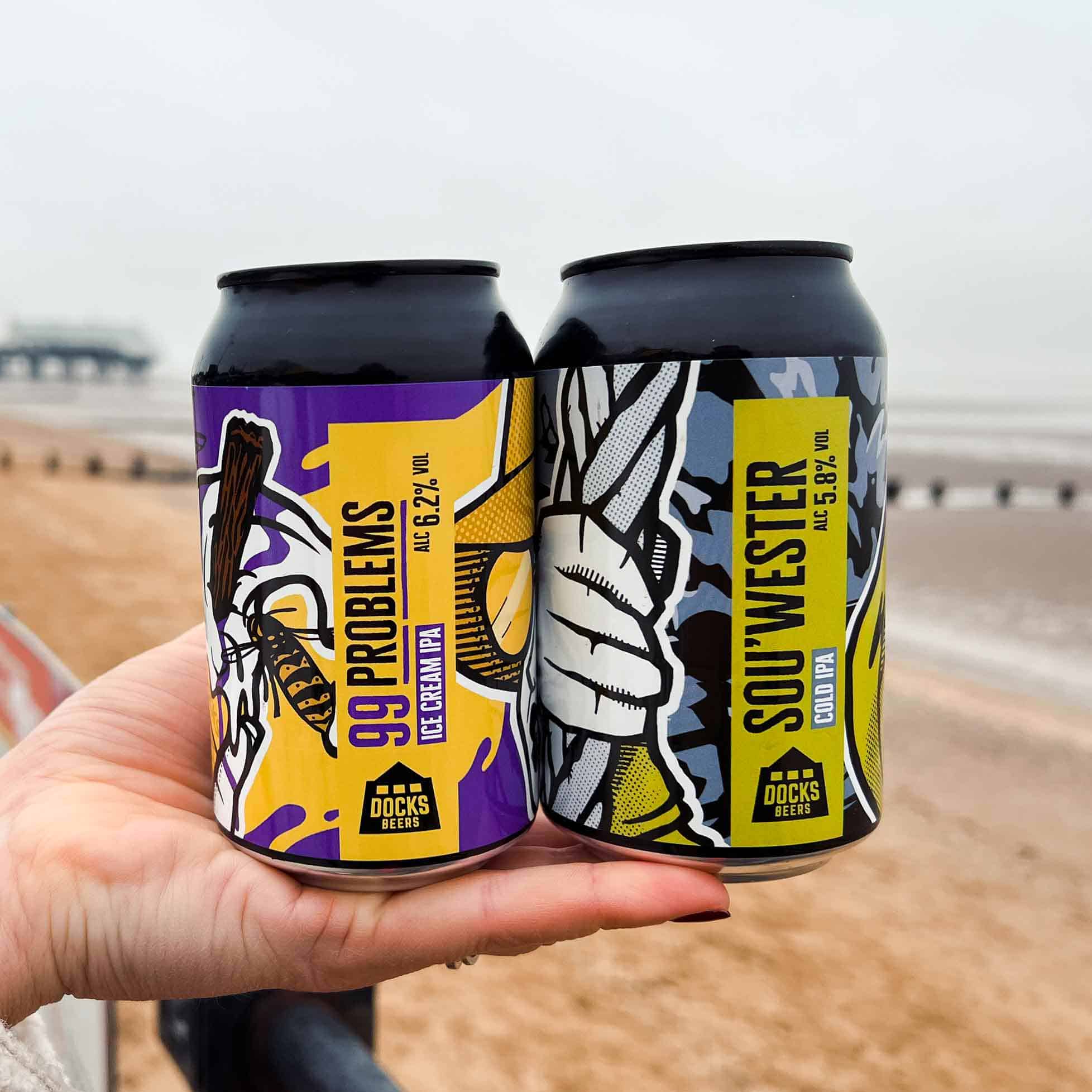 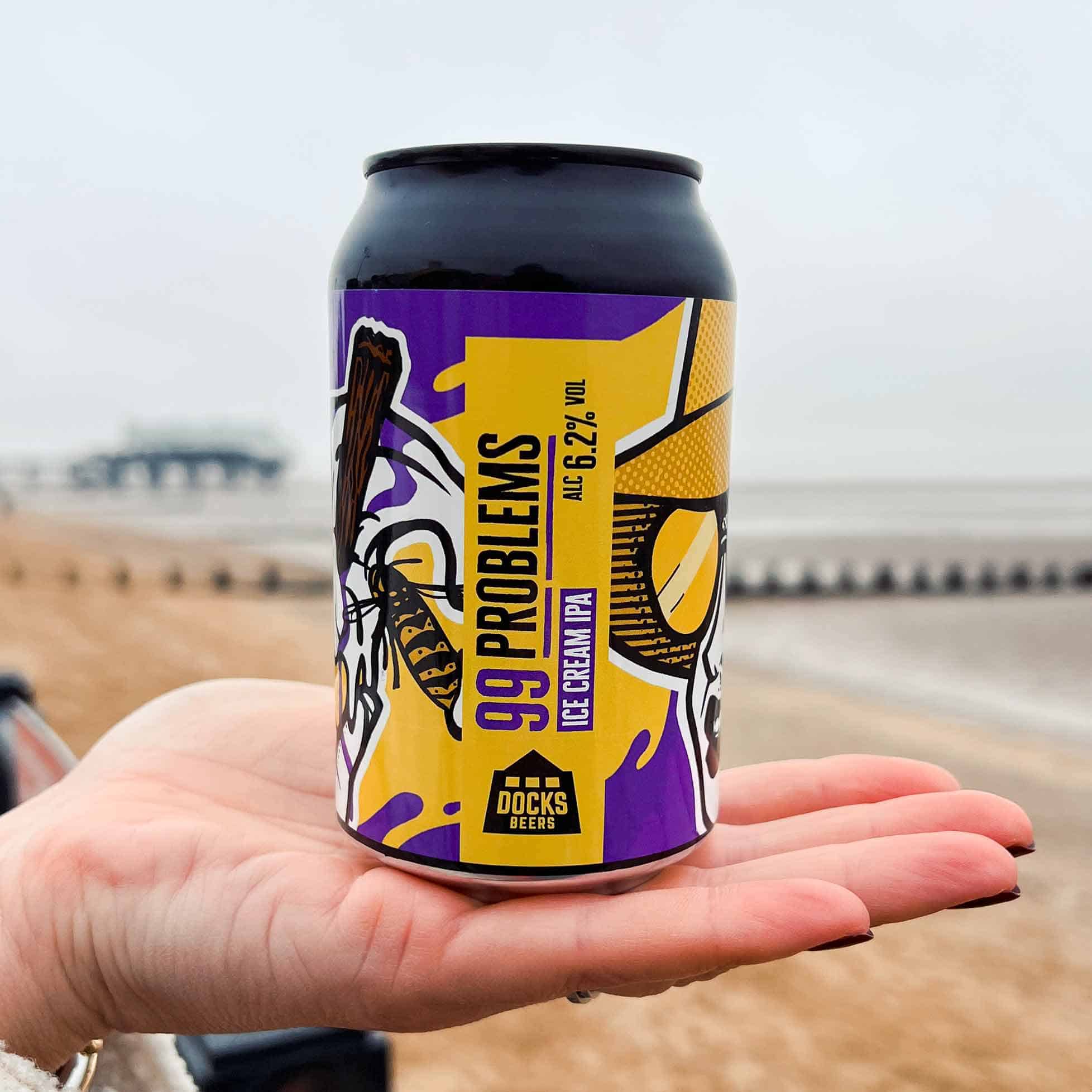 Available for next day delivery if ordered before 1pm Mon to Fri, or click and collect. (Orders with mini-casks can take an extra day for delivery).

We have been selected to be featured in Beer 52’s annual Ones To Watch box. Beer 52, the UK’s largest beer discovery club, has selected us as one of the UK’s up-and-coming breweries starting to make serious waves in the craft beer industry. Two new Docks Beers have been chosen: Sou’wester (a cold IPA) and 99 Problems (an Ice Cream IPA).

99 problems but an Ice Cream Pale Ale Ain’t one, or whatever Ice T said. Before we turned 18, a 99 by the seaside soothed all our ills. Luckily, now we have beer, but that doesn’t mean we don’t have a soft spot for a soft serve every now and then. We have combined the two in this can. The base IPA is loaded with Citra, Mosaic and El Dorado hops for a hazy base. We then threw more vanilla than you could shake a stick of rock at it and added a twist of Sea Buckthorn puree for an ultra decadent, lush, 6.2% Ice Cream IPA.

Sou’wester, a 5.8% Cold IPA a.k.a, the antithesis of a NEIPA. Inspired by craft beer pioneers and trawlermen alike. Pushing boundaries in search of bolder flavours, more abundant fishing grounds and better times. Expect a tidal wave of hops breaking on a lean malt body and a dry finish from the long cold fermentation.

Included in this bundle are 3x 99 Problems, and 3x Sou’wester.

or how about these?